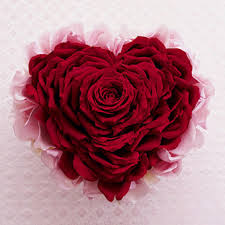 Dysfunctional Uterine Bleeding is irregular uterine bleeding that occurs in the absence of recognizable pelvic pathology, general medical disease, or pregnancy.   I am seeing more and more of this in my naturopathic medical practice as our environment is becoming more laden with endocrine disruptors such as pesticides, herbicides and other pollutants.

Most commonly I see profuse and overly frequent menstrual bleeding as a woman approaches perimenopause, but dysfunctional uterine bleeding can occur at any point between menarche and menopause.

Traditional western medicine typically treats profuse and frequent menstruation more and more commonly with uterine ablation as well as hysterectomy, when synthetic hormonal treatments fail. While removing the endometrium will certainly permanently stop the bleeding, it is not treating the cause, which in many cases is estrogen dominance. Unaddressed estrogen dominance may lead to more fibroid formation or breast cell proliferation, which may eventually increase a woman’s risk of developing breast cancer or bleeding fibroids in a woman with an intact uterus.

But if the bleeding is not controlled, excess menstrual bleeding can lead to problems such as severe  anemia, weakness, and a depleted immune system, so what to do?

Estrogen dominance is more prevalent in recent years due to the increase of xenoestrogens or endocrine disruptors in the environment from pesticides and herbicides. Many natural substances such as DIM and flax, for example, may help the body detoxify excess estrogens, but this is only a part of the story. Stress and aging can suppress ovulation which suppresses the production of other hormones such as progesterone, so there is often still a relative estrogen dominance. The naturopathic doctor’s job is to correct the imbalance and to enhance detoxification pathways in the body.

Skipping periods and amenorrhea are also issues that may occur with a hormonal imbalance.   Naturopathic medicine has a long history (herstory?) of using botanicals or natural hormones derived from botanicals to bring the cycle back into balance.

I send a very informative newsletter once or twice a week with tips, advice, announcements of new Blogs, and information concerning the latest issues and research to help you stay healthy.

Enter your name and email to subscribe.  I respect your privacy and will not invade your inbox with sales pitches and promotions.
Your information is secure and private.